Emerging evidence indicates that loneliness is associated with poor health and well-being outcomes including hypertension, coronary heart disease, stroke, depression and mortality.  Research also suggests that loneliness can increase the risk of premature death by 30%.[2]

Living alone has been found to be a risk factor associated with loneliness and involuntary social isolation, as well as multiple falls, functional impairment, poor diet, smoking, and three self-reported chronic conditions; arthritis and/or rheumatism, glaucoma, and cataracts.  Loneliness is caused by a number of intrinsic and extrinsic factors.  While loneliness can occur at any age, it can be exacerbated by major life events that typically correspond with ageing such as bereavement, loss of mobility and declining physical health.

Those who live alone are most likely to experience loneliness and the 2011 Census showed that 28% of Herefordshire households comprise one person – half of whom were over 65. The highest proportions of lone pensioner households are found in Hereford and the market towns. The English Longitudinal Study of Ageing (ELSA) has found that the percentage of people who feel lonely ‘some of the time’ or ‘often’ increases among those aged 60 and over.  23% of participants between 60 and 69 years of age said they sometimes felt lonely and 6% said they often felt lonely. When those over 80 years of age were asked the same question 29% of people reported feeling lonely some of the time and 17% often felt lonely.  However, it is important to recognise loneliness can affect people of all ages and a recent national survey suggests 16-24 year olds experience loneliness more often and more intensely than any other age group. [3] 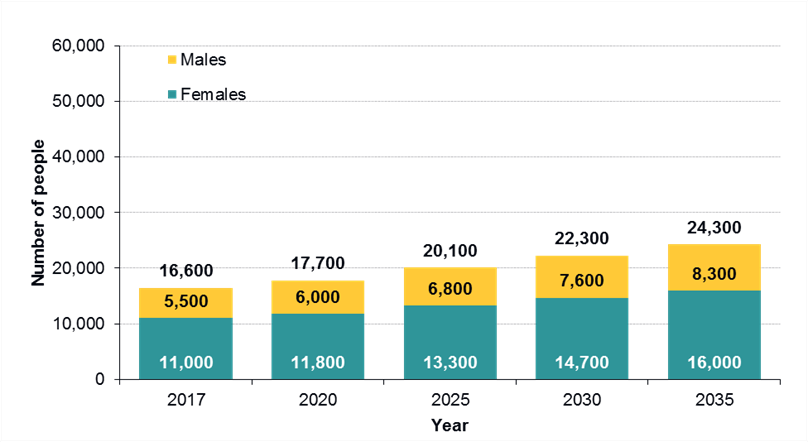 Source: The Institute of Public Care, 2017. Numbers may not total due to rounding.

[1] Hidden Citizens: how can we identify the most lonely older adults?, Campaign to end loneliness, April 2015.