Coronary heart disease (CHD) is defined as a condition where blood flow to the heart muscles is reduced or cut off, resulting in damage to the heart.  Risk factors that can be addressed include smoking, obesity, lack of physical activity, high blood pressure, diabetes and high cholesterol.  CHD is the one of England’s leading causes of death and is the leading cause of death worldwide; in 2018 there were around 52,000 deaths across England attributed to CHD.

In Herefordshire in 2017/18 there were 6,587 patients listed on GP practice CHD registers, which corresponds to 3.5% of registered patients in the county. While the prevalence for England has fallen steadily since 2009/10 the local figure had shown little change and has remained consistently higher than that reported nationally over this period. Similarly, the prevalence of heart failure in Herefordshire has remained relatively constant since 2009/10 and has been consistently higher than the national figure (Figure 1). 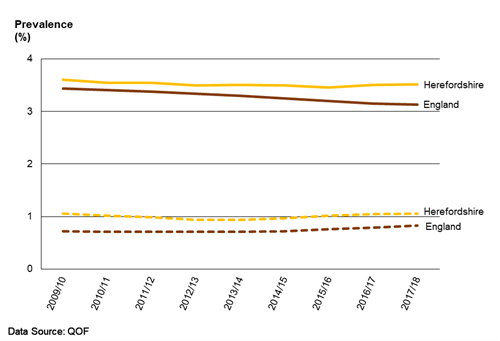 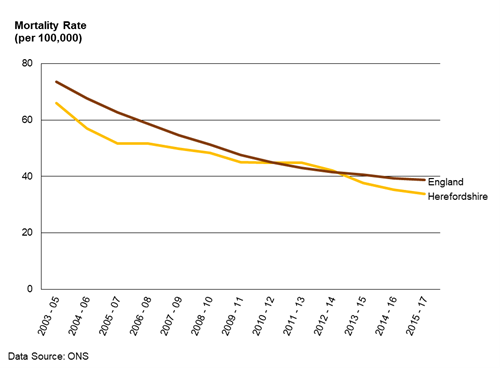 Admission rates lower than for England