New government data has started to reveal the initial impact of the lockdown measures on Herefordshire’s workforce.  By the end of May 2020, there were more people claiming unemployment benefits than ever before (5,100); 20,700 employees were ‘furloughed’, and 8,400 claims had been made under the self-employment support scheme.  See our news item for more details.

According to the Annual Population Survey, 2017: 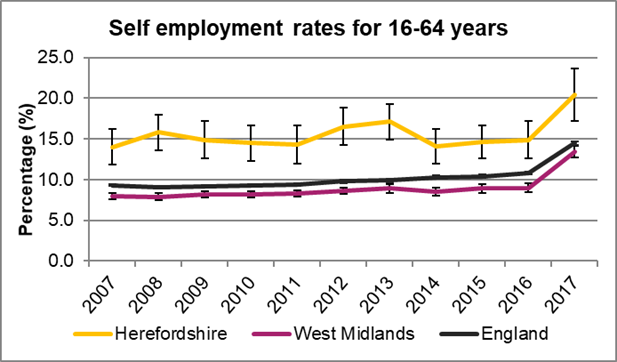 [1] households including at least one person aged 16 to 64