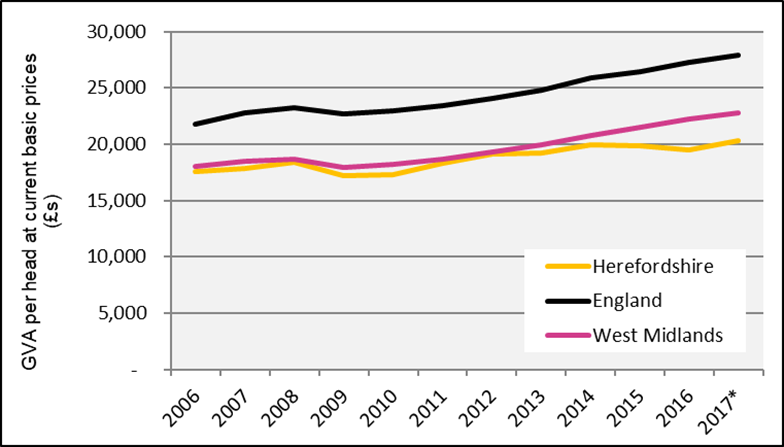 Figure 2: Proportion of Gross Value Added by industrial sector in 2017. 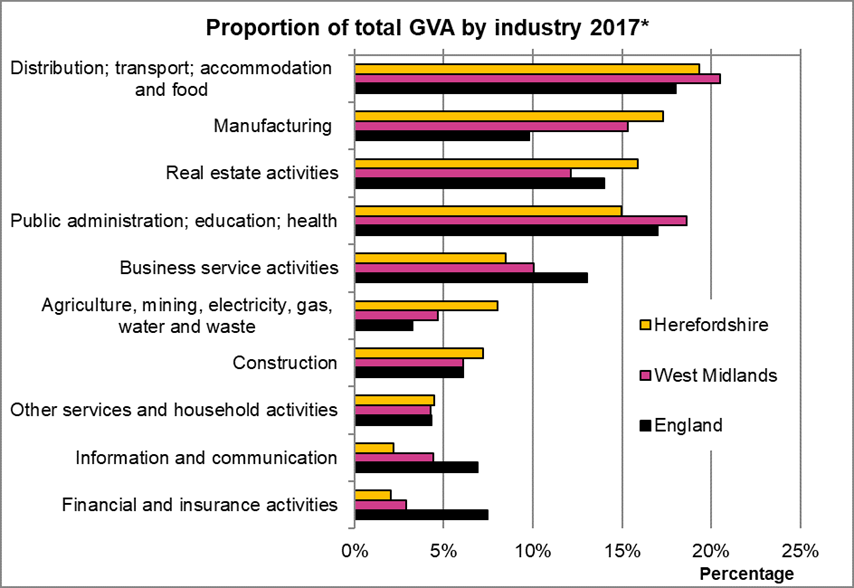 [2] GVA(I) (Income) per head can be a useful way of comparing regions of different size, comparisons can be affected by commuting flows into or out of the region

[3] Made up of: Wholesale and retail trade; repair of motor vehicles, transportation and storage and accommodation and food services activities.

[5] Made up of: public administration and defence; compulsory social security; education; health and social work; other community, social and personal service activities; and private households with employed persons.

[6] Made up of: agriculture, forestry and fishing, mining and quarrying, electricity, gas steam and air-conditioning supply and water supply, sewerage and waste management.